Aren't you a little short for a Stormtrooper?

Well he was, until now. Now I have photos of him painted and ready to go.

FFG have announced a new Luke Skywalker figure for Imperial Assault coming in the future, him as a Jedi Knight from Return of the Jedi, but for now here he is in all his Tatooine goodness. 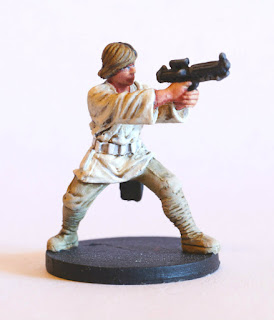 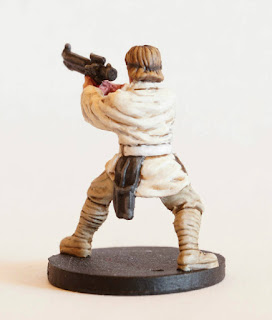 He is a fairly simple miniature, but the colour blending on the pants and shirt make this really interesting in ways that aren't fully obvious from the photos; which were again taken using nothing but natural light.

Once again, thanks to Sorastro for his wonderful guides.